Houston (Business Wire) — New research by IHS Markit finds that the Tampico-Misantla Basin in Mexico could be one of 24 global onshore ?Super Basins? that IHS Markit has identified. Exploration and production (E&P) companies investing in Mexico?s upstream industry have shown strong interest in the country?s offshore basins, but the onshore potential in Mexico is not fully tapped and is potentially huge. The Tampico-Misantla Basin is primarily located onshore in east central Mexico and extends into the shallow waters of the Gulf of Mexico.

In its Super Basins: The Basins that Keep on Giving analysis, which is derived from the IHS Markit Basin Insights Service, IHS Markit — a world leader in critical information, analytics and solutions — identified the Tampico-Misantla as one of 24 onshore ?super basins? worldwide. The ?super basins? have multiple reservoirs and source rocks, diverse play types across numerous geologic horizons, infrastructure with access to markets, and established service sector and supply chains.

“In searching for super basins, we looked for at least 5 billion barrels of oil equivalent (BOE) in conventional remaining reserves in basins that had already produced at least 5 billion BOE,” said Robert Fryklund, chief upstream strategist at IHS Markit and a lead author of the report. “We did a global assessment of basins where our study criteria existed?looking for basins with multiple plays and at least two mature source rocks?basically basins that keep on giving and giving. Existing production indicates that there is extensive existing infrastructure.”

The Tampico-Misantla Basin, which has been producing oil since the early 1920s, has those characteristics, Fryklund said. “In many ways, it may well mirror America?s model super basin ? the ever-resilient Permian Basin.

IHS Markit analyzed the Permian Basin and looked at the current view of the estimated ultimate recoverable resources (EUR) for the basin, and compared that with the view of the EUR in 2000, 10 years before the shale boom in the Permian began. Before the horizontal drilling and fracture completion boom, the EUR for the Permian Basin was 35 billion barrels of oil. Remarkably, the current view is 104 billion barrels, almost three times the previous estimate ? and some put the number higher.

The ability to target smaller horizons and take advantage of the multiple stacked pay zones (as many as 45 units) found in the basin made this significant EUR increase possible, the IHS Markit analysis said.

This three-fold uplift for the Permian Basin, Fryklund said, prompted a team of IHS Markit upstream professionals to look at other basins outside the United States to assess where governments could take advantage of similar basins to get more out of their existing production areas. While IHS Markit does not expect the same dramatic increase in production in other basins as witnessed in the Permian, the Tampico-Misantla Basin fits the study?s definition of a ?super basin.? It has produced 7.4 billion BOE (mostly oil). It still has 5.2 billion BOE in discovered conventional fields (which does not take into account the basin?s unconventional potential).

IHS Markit has identified 23 conventional reservoir horizons in the Tampico-Misantla basin, and it has three mature source rocks: the Agua Nueva Formation, the Huayacocotla Formation and the Pimienta Formation. At least two of these, Fryklund said, are potential shale reservoirs. An IHS Markit evaluation of the Agua Nueva and Pimienta shales for shale oil resource potential resulted in an estimate of 3.8 billion BOE of technically recoverable resource in this basin. The Pimienta shale has not been tested in the Tampico-Misantla Basin, Fryklund said, but it has been tested in eight other wells in the Burgos and Sabinas Basins, where it flowed gas.

The Tampico-Misantla Basin is also under-explored, according to IHS Markit. The last discovery in the Tampico-Misantla Basin was in 1988. There are relatively few discoveries that are more than approximately 100 million BOE, but IHS Markit estimates that as much as 2.5 billion BOE might be found in multiple conventional fields. Most are likely to be relatively tight reservoirs that could benefit from horizontal drilling.

“Between the remaining reserves in existing fields, conventional exploration potential, and opportunities in shale and other tight reservoirs, the basin offers something for everyone?a diversity of upstream opportunities for large and small companies, national oil companies and investors,” Fryklund said.

Despite the geologic promise, Fryklund said that, while the resource potential is high, turning it into proven reserves is not without significant challenges. “The local service sector infrastructure would need substantial investment. We at IHS Markit believe that the investment capital is available if there is clarity around the investment opportunity.”

With a relatively high-cost structure for horizontal drilling activity, the current fiscal terms, which govern Pemex?s entitlements (licenses awarded to Pemex in Round Zero, or production licenses held at the time of Round Zero) in the Tampico-Misantla Basin, are inadequate to offset the higher costs associated with the preliminary phases of development of tight reservoirs.

Currently Pemex is the only producer in the Tampico-Misantla Basin, and it faces financial and technical challenges to develop the whole potential of the basin, according to Alejandra León, Mexico energy analyst at IHS Markit. “Increasing resources and capabilities beyond Pemex is critical for developing the basin,” León said. “The challenge is to increase the number of qualified operators investing in the basin and improve the fiscal terms. These changes could be achieved through at least two scenarios. The National Hydrocarbons Commission (CNH) may need to redraw or repackage acreage and blocks to create the scale needed to achieve the synergies conducive to success in operational strategies employed in this type of E&P basin.”

Mexican crude production, which is still the main source for financing the government budget, continues to decline, and according to Carlos Pascual, senior vice president for global energy at IHS Markit and one of the study authors, is unlikely to see 2.5 million barrels of crude oil production per day again under current conditions.

“Another key factor favoring Tampico-Misantla is timing, which could be very constructive for Mexico,” Pascual said. He explained that “the Tampico-Misantla Basin could help offset a declining Mexican production supply profile in the near-to medium-term, much like the Permian Basin has done for the U.S. The potential to get near-term results could bring big benefits to government revenue, the local services sector and employment.” This is because, in part, the cycle time for substantial success in the deepwater would not generate related volumes until the middle of the next decade and beyond.

“Tampico-Misantla offers a near-term opportunity that could positively impact the Mexican economy in the current oil-price environment,” Pascual said. “There are other significant risks to attracting investors in Tampico-Misantla, including security and aging infrastructure, which should not be underestimated. Still, if the government takes positive steps to address the needed terms for unconventional exploration and production, the potential is significant.”

“Exploration and appraisal of unconventional and tight conventional resources is a critical component to sustaining long-term production, and the Tampico-Misantla Basin is a potential source of significant discovered resources that could make the difference for Mexico,” Fryklund said. “While the government has several challenges to address it also has the power and authority to resolve those challenges, at least in some areas, and to chart the path for the next phase of development for this super basin.” 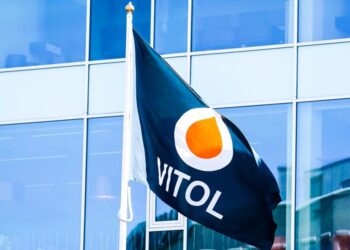 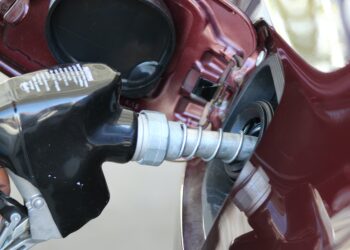 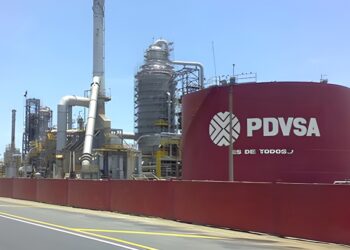 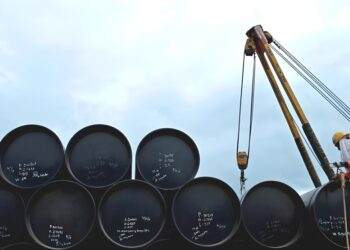